In Torbalı after US and Israel

TDU Defense Systems; which produces anti-radar fabric that prevents millitary vehicles to be seen for Turkish Defence Industry, has preferred Torbalı for investment. Torbalı Chamber of Commerce President Olgun visited the facility and said “While holding the global market at its hand, TDU’s choice of Torbalı after US and Israel makes us proud”.

Torbalı Chamber of Commerce President Abdulvahap Olgun has visited TDU Savunma Sistemleri A.Ş.’s factory which produces anti-radar fabric for Turkish Defence Industry in Torbalı Organized Industrial Zone and has been informed about their activities by the factory’s CEO Ümit Öztürk. While informing Chamber President Olgun, council members Mahmut Öztaş and Zekeriya Orpak; TDU Defence Systems CEO Ümit Öztürk stated that they are working on radar cloaking technologies since 2000’s, and that they’ve developed an anti radar “cloaking network” prototype in 2013 with KOSGEB’s R&D supports. Saying that they’re happy to have invested in Torbalı Öztürk stated “We’ve built our factory on a 10 thousand squaremeter field in Torbalı Organized Industrial Zone. Location wise we are in a correct spot. We are working on projects that will reduce foreign dependency of Turkish Defence Industry.”
After the US and Israel, which has a large part of the market, which can add anti-radar features to defense vehicles in the world, the foreign dependence of the Ministry of National Defense has decreased with the introduction of TDU in Torbalı. Stating their joy to home such an important company in Torbalı, Chamber of Commerce President Abdulvahap Olgun said “After US and Israel which hold a large part of the global market, we are very pleased that there is a factory which produces a night vision thermal camera sensitive fabric with anti-radar features in Torbalı. We would like to thank the members of the Board of Directors of Ekoten A.Ş. and their chairman Mustafa Sabri Ünlütürk, who preferred Torbalı for the investment.” 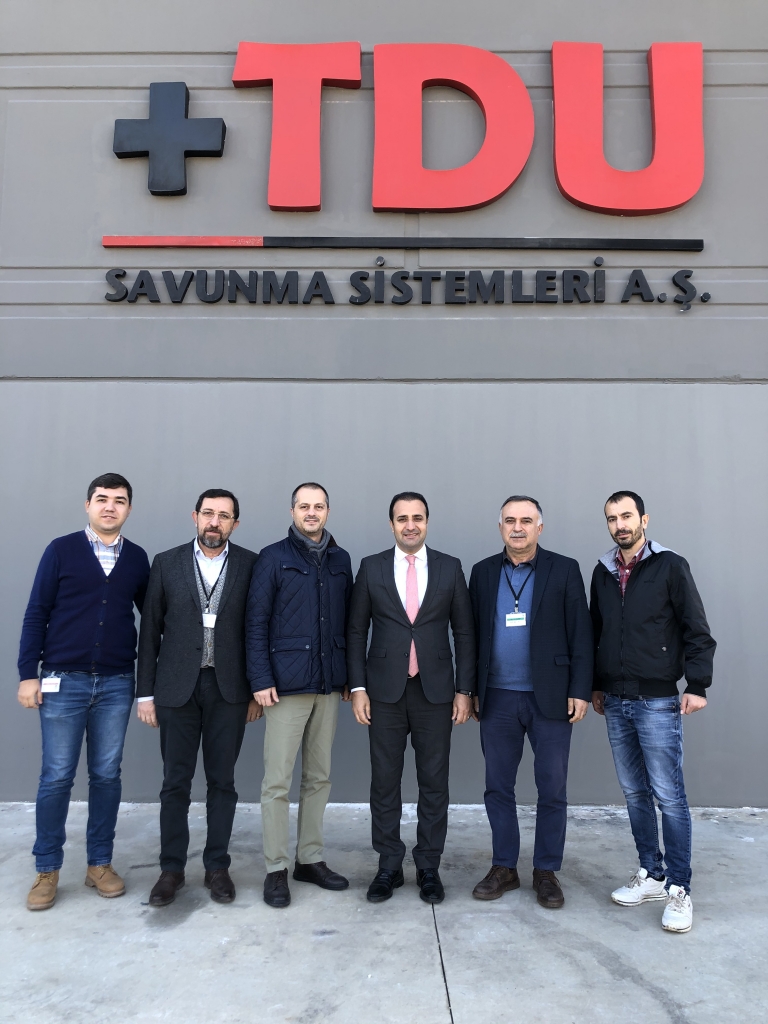 Umit Ozturk, gave information and told the story of the establishment of TDU to the delegation from Torbali Chamber of Commerce in the field of application while driving Agro UTV land vehicle. Stating that TDU Defencee Systems Inc. is a Technical Textile company operating in the Defence Industry field of Sun Group companies in Torbali, Ozturk said “We are expanding our product range with the R&D developments in order to serve Turkish Military and other countrie’s millitaries’ needs as a local and national company. Our most products came out as a result of these developments.”
Öztürk also stated “As TDU Savunma A.Ş. we started to produce one-to-one copies of the tanks in the TAF inventory to deceive the enemy. The Inflatable Counterfeit Targets, which consist of a skeleton and a special fabric, weigh 140 kilos and can be carried by hand. When inflated, it becomes a fake target. The False Targets were actively used for the purpose of confusing enemy terrorists during the Operation of the Olive Branch, and they continue to be used.”